The mission of the Seventh-day Adventist Church is to communicate to all peoples the everlasting gospel of Gods love in the context of the three angels’ messages of Revelation 14:6-12, and as revealed in the life, death, resurrection, and high priestly ministry of Jesus Christ, leading them to accept Jesus as personal Savior and Lord and to unite with His remnant church; and to nurture believers as disciples in preparation for His soon return.

Although labels can be misunderstood, there are distinguishing characteristics of our church that provide a window into the truths that define us.

We are Prophetic. This means that we believe in and teach historic Prophetic theology. Some truths that make us unique include the belief that:

* God is a person, infinitely wise, just, good, true and powerful, the ultimate reality, who alone deserves complete devotion and obedience, and is the One who made the universe out of nothing.

* Man is made in the image of God, willfully disobeyed God?s command, and thereby became worthy of death. From that time on all human beings, except for Jesus Christ, became sinners and separated from a Holy God.

* Jesus Christ, eternal Son of God, the second person of the Trinity, became a man, literally born of a virgin. He both worked miracles and fulfilled prophecy. He suffered, died to atone for sin, was buried, and resurrected bodily on the third day. He will come again physically to gather his people and judge the world.

* Salvation from sin comes to us not by our good works, but by receiving the free gift of God by faith. A faith given by the Holy Spirit that enables one to receive Christ?s sacrifice as ones personal sacrifice and only basis for fellowship with God. Genuine saving faith motivates one to obedience that leads to spiritual transformation.

* The Bible is the Word of God, inspired, infallible, and inerrant, making one wise unto salvation and godliness.

These statements are the fundamentals of the Christian Faith. They represent the true gospel given by Christ to His Church by the Apostles.

We are essentially Reformed. We believe and teach that God in His sovereignty is actively involved in bringing unregenerate people to saving faith in Christ through the regenerating of the Holy Spirit (Titus 3:5). Because of this we embrace what are often referred to as the “Doctrines of Grace.” These doctrines are as follows:

TOTAL DEPRAVITY As a result of Adam’s sin, every person, except Christ, is born in a “depraved state.” This means although people may do good things, such things are tainted by the sin that is part of man’s unregenerate nature. Therefore no body apart from the “new birth” can truly submit to God’s law or believe the gospel (Rom 3:11; John 6:44, 65).

UNCONDITIONAL ELECTION When God chooses a person for salvation, He does so not because of anything he or she did, or would do, but simply out of His totally unmerited favor; out of His divine grace and mercy (Acts 13:48; Eph. 2:8-10).

We are Adventist. Mountainside SDA Church has historically been an Adventist church. It is out of that tradition and the Scriptures we believe the following truths:

BELIEVER BAPTISM The New Testament teaches that believers are to be baptized by immersion to obey Christ and to illustrate their participation in Christ?s death, burial, and resurrection on their behalf (Matt. 28:18; Rom 6:3-4).

THE LORD’S SUPPER Jesus ordained the Lord?s Supper to be taken regularly in remembrance of His death (1 Cor. 11:23-25).

SEPARATION OF CHURCH AND STATE While the church has a prophetic role in government, and the state may hold church members accountable to laws that do not inhibit God?s work, neither the church nor the state should seek to direct each other?s God-given function (Rom.13: 1-7; 1 Pet. 2:13-14). 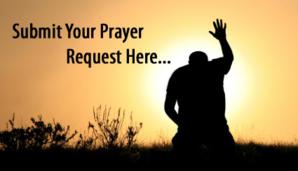 Bible Verse of the Day

The world and its desires pass away, but whoever does the will of God lives forever.
1 John 2:17